Dinner at The Eagle and Child

The Eagle and Child pub in Oxford is famous for being the hangout of The Inklings: C.S. Lewis, J.R.R. Tolkien, and other noteworthy writers and scholars of their day. They referred to the pub as The Bird and Baby. This place has been in business since 1650. That sounds pretty old, but not as old as The Turf Tavern or The Bear (more on them later).

After spending the day strolling around Oxford, we walked to Regent's Park College to meet our friend Lynn, who teaches there, and her son James. They also have tickets for the Hamlet production at Blackwell Bookshop later in the evening. It's just a short walk from Regent's College to The Eagle and Child. 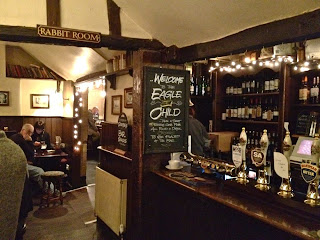 The Eagle and Child is a long, narrow pub that goes back, room after room. The food was great. I had Haddock Fishcakes and chips. It was fabulous. Also Scottish cider and hot mulled wine. 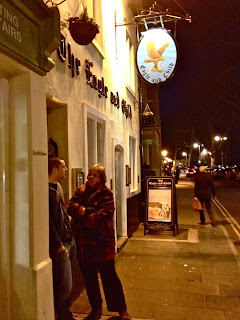 James and Lynn chat outside the Bird and Baby.

As we walked to Blackwell Bookshop, we passed a large monument to three martyrs, named Latimer, Ridley, and Cranmer. They were two archbishops and one bishop who became protestant and were condemned by Queen Mary (Bloody Mary) to be burned alive. About a block away, in the middle of the street and just a few doors from Blackwell Bookshop, are the stones where, in 1555, Latimer and Ridley were burned while Cranmer was forced to watch. He recanted to avoid this fate, but Queen Mary didn't believe he was sincere and he was burned anyway, which made him repudiate his recantation. Bloody Mary was responsible for 300 people being burned alive.

After this, Hamlet is almost a romantic comedy.
Posted by Unknown at 4:51 PM 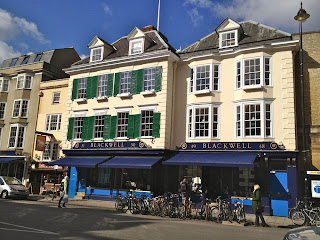 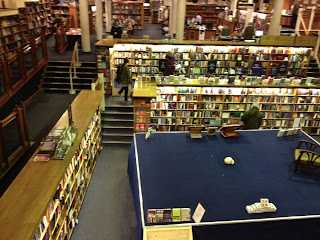 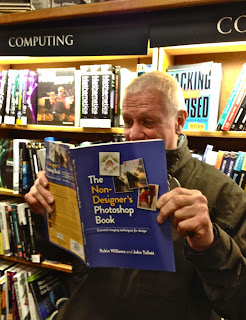 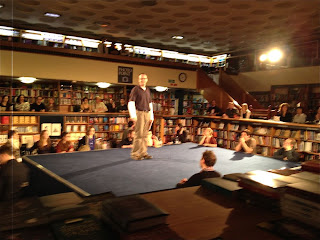 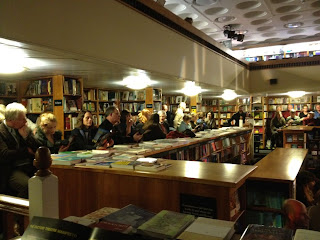 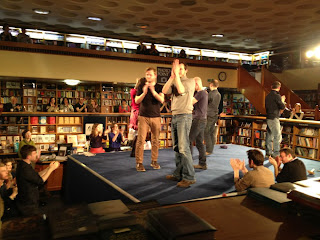 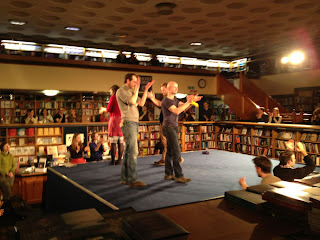 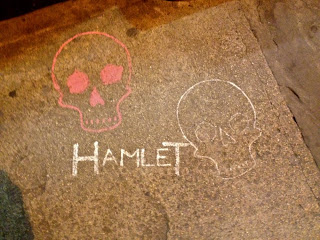