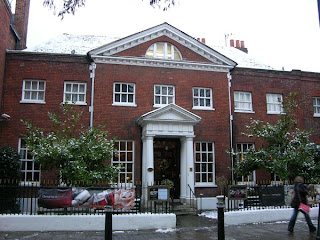 Chistopher Wren (1623–1723) was an important architect who redesigned St. Paul's Cathedral in London after the Great Fire of London, and many other important chuches. He designed the Windsor house above to live in. It’s next to the bridge that crosses the Thames and connects to Eton, where an exclusive private school for noblemen’s kids and rich blokes' brats is located. 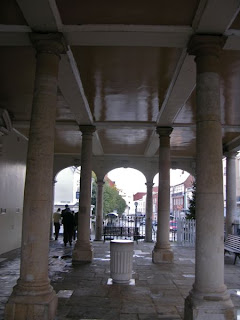 Wren also designed this Market Arch in Windsor. Market Arches like this are in the center of many English towns, and served as shelters for vendors who were selling produce and other goods. When first built, the arch didn’t include the two interior support columns. Windsor councilmen were concerned that their renowned architect might not know as much about architecture as they did, so they insisted that he put two extra support columns in the middle of the structure. Wren did as they wanted, but if you look carefully when you're there at the top of the two new columns (below), you realize that the columns are actually two inches short of touching the ceiling. Brilliant! 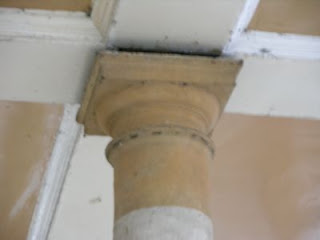 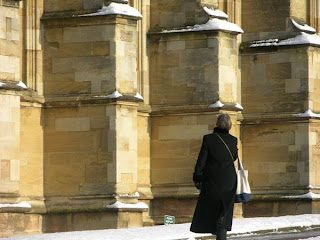 Robin goes back in time while standing next to St. George Chapel (at Windsor Castle). 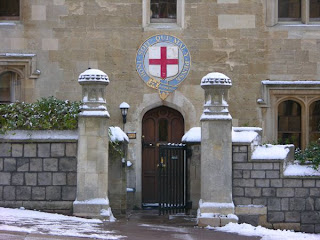 Inside the Windsor Castle courtyard, forming part of the outer wall that separates the castle from the oldest part of downtown, is a row of residences where retired Knights live. One of the residences bears the symbol of the Order of The Garter, one of the oldest  and most exclusive orders in English History. Mary Sidney’s son, brother, husband, and father were members. Only 24 members allowed at one time. Only the King or Queen can admit you as a member. I had my wrist slapped by a guard for walking up to this door to take a picture, since these are  private residences. I feel really bad about that (click click click). 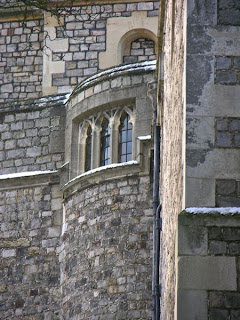 The beauty of stone, glass, and snow 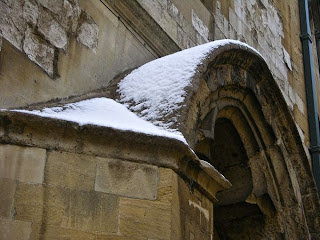 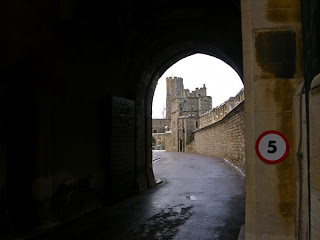 View through a castle courtyard gate. 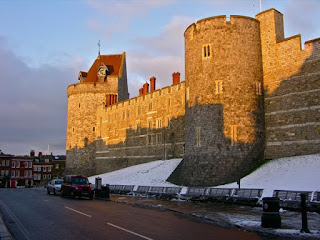 When we finished lunch at The Carpenters Arms pub, the dusky shadows of Windsor were falling across the castle walls just like they have since the 1300s (and much earlier if you include the wooden castle that was there starting in 1077, built by William the Conqueror). 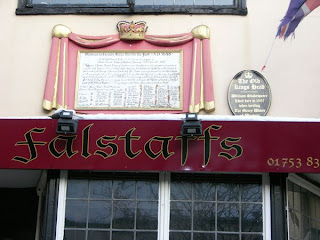 Those of you who are familiar with the Shakespearean Authorship Question will be surprised to learn that a pub in Windsor is where William Shakespeare wrote The Merry Wives of Windsor. If you don’t believe me, read this plaque (below). Surely they wouldn’t say it on a plaque if it wasn’t true (gasp). 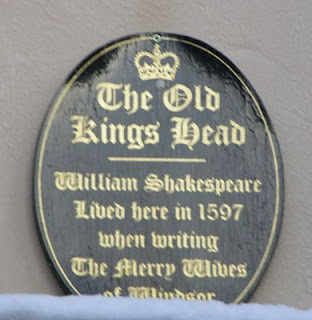