It was really an Ealing afternoon, but alliteration sounds so much better in a headline.

Jon Moon, with whom we had coffee and a nice visit back in February (see the February 13 posting) invited us to his home in Ealing for a visit. Ealing is just a 30-minute train ride from Uxbridge, then it's a ten-minute walk to Jon's house from the Ealing train station.

We had a wonderful visit with Jon and his wife, Joan. We also got to meet his two sons, Christopher and Conner. And we were totally entertained by Oslo, a four-month old Norwegian Elkhound puppy who has mastered the art of being adorable. 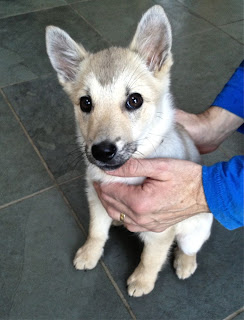 Oslo loves company. Jon is holding her back because she so wants to share the love. 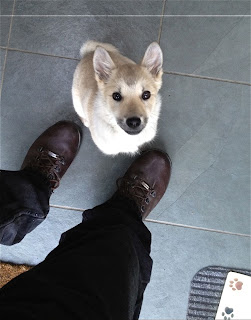 Are all Norwegians this friendly? 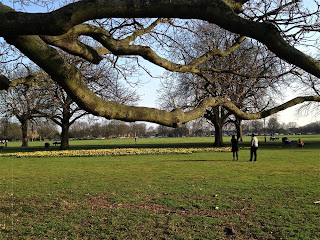 The walk from the train station to Jon's house takes us across Ealing Common, a large public park area. 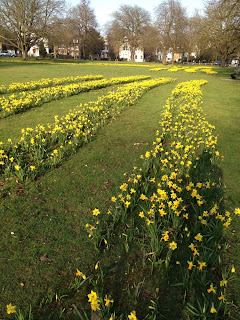 Daffodils in Ealing Common on a beautiful Spring-like day.
Posted by Unknown at 4:38 PM