Drawing session at the Tate Modern 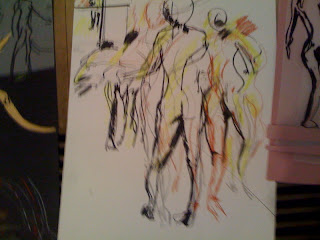 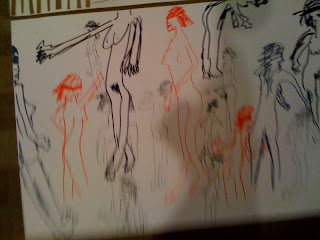 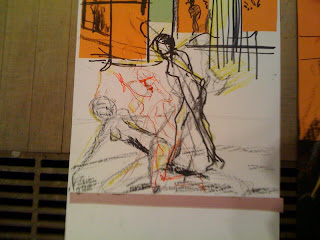 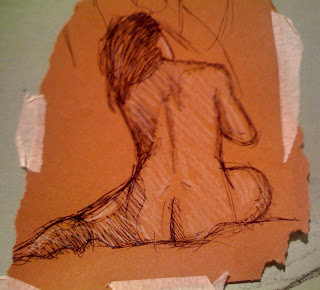 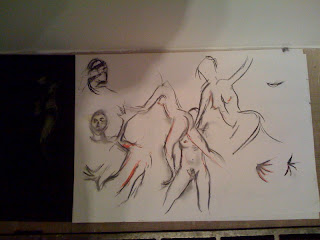 Now that I'm on the flight from Heathrow to Houston I finally have a chance to write some blogs I didn't have time for before. Sometimes we were too busy, sometimes too tired, but most of the time just low quality WiFi service (yes, you Starbucks) or none at all.

I don't have WiFi on this flight (what is this? The dark ages?), but I'll post a few entries as soon as I get a chance, perhaps in Houston.

The drawing session at The Tate was run by two people from something called "drawing London." Just my luck, they decide to get artsy and experimental on the night I attend. Like having the models move continuously, or hold a pose for 30 seconds or so. Or 10 seconds. And no chairs or stools, just sit or kneel on the floor. For two hours. The art materials supplied are a hodgepodge of crayons, dried up markers, pencil and chalks ready for their last strokes.

But hey, it's The Tate, it's after hours, there's a naked model standing in the middle of the room. So I started drawing as fast as I could. Which wasn't anywhere near fast enough. I moved to the other side of the gallery where another model was holding her poses a little longer. But still, by the time I'd drawn an angle of the leg or arm, or two eyebrows for gawd's sake, the model would turn and completely change the pose.

At the end of the class, everyone put their drawings on the floor to show. I took some low- quality, bad-lighting iPhone photos of my favorite ones, including one of the only two of mine that I bothered to keep, titled "Brown paper with masking tape."

Even though I didn't get a lot of good drawings out of it, it was a unique and memorable experience, and a super cool gift from Robin.