We're back in the Crow's Nest bar for a crow's eye view of our departure from St. Lucia under the influence of a full moon and a Bloody Mary. Shiver me timbers, aarrrgh, etcetera.

Robin's presentation on the Shakespeare Authorship Question went great. Some Mary Sidney converts walked down the aisle during the invitation. Just kidding (about walking down the aisle, not about the converts), and everyone seemed pretty dang fascinated by the Mary Sidney story.

Robin gives a presentation about The Authorship Question in The Hudson Room. 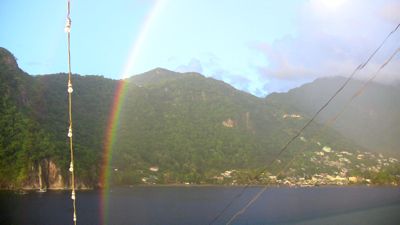 St. Lucia bids us a bon voyage with a rainbow. 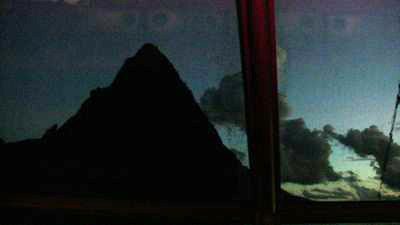 As we leave St. Lucia, from the Crow's Nest Bar we can barely see the last landmark before we head out to sea.

A taste of St. Lucia

Duane and Margie are experienced travelers, used to taking off on their own. Plus, my travel pal from Santa Fe, JohnG, has sailed in his own boat to St. Lucia several times and he recommended leaving the beaten path that's preferred by cruise ships. Unfortunately, we had to be back on ship by 2:30 PM, but at least we were able to hire a taxi to show us as much of the island as there was time for.

It's a really beautiful island. We drove to the highest point on this side. At the top are several schools and a community college. The local vendors were pretty disappointed that the cruise ship was going to leave by mid-afternoon. Our taxi driver was dismayed that the ship told passengers that downtown was dangerous.

In about an hour, Robin gives a presentation on the Shakespeare Authorship Question. Can't wait for that one, even though I've seen it quite a few times. 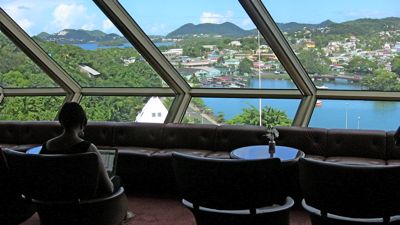 Robin enjoys the view of St. Lucia from the Crow's Nest bar on the ship. 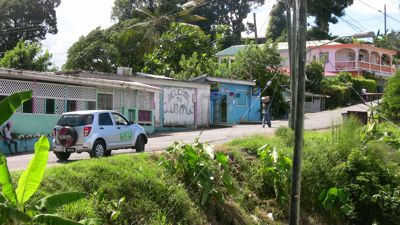 A local club on a local road. 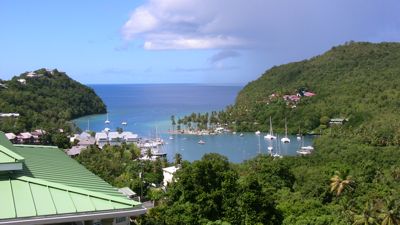 A cove tucked away on St. Lucia. 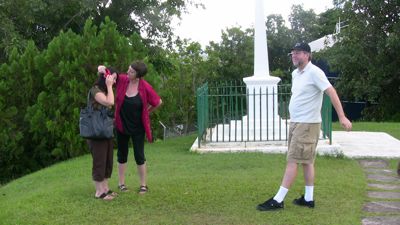 Margie, Duane, and Robin at the highest point of this part of the island. 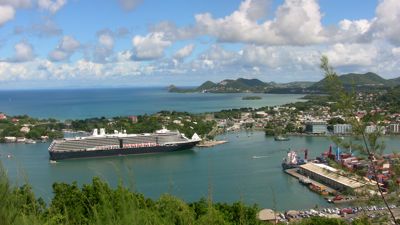 The cruise ship from a local road.
Posted by Unknown at 11:25 AM