I haven't left the flat for two days, trying to recover from a nasty cold in time for the Paris trip on Thursday. Feeling much better, Robin, Maria, and I walked to Uxbridge town centre and met Wally (coming back from spending the day at the Brunel campus) at the Metropolitan for dinner. A special 2-for-1 deal, £6.45. 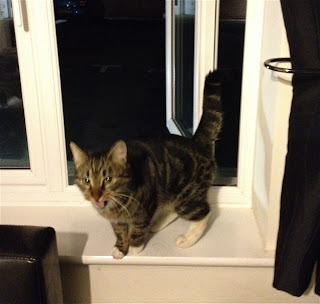 A visitor popped in for a tuna fish snack just before we left. 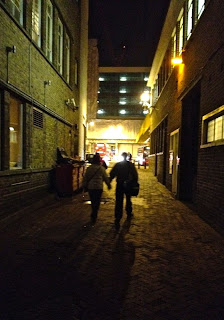 Wally and Marie walk hand in hand down as side street... or has she been abducted by an ET alien?! 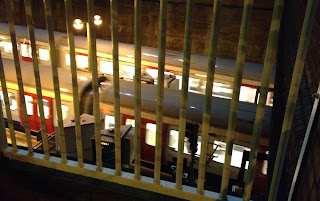 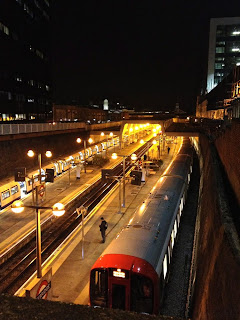 Uxbridge Station from a sidewalk/street overpass. 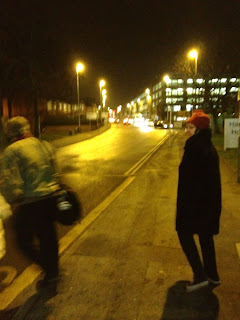 Wally and Robin dash across the street. Still haven't gotten used to traffic coming from the opposite direction. No problem for Robin though, with those snazzy high-top tennis shoes. 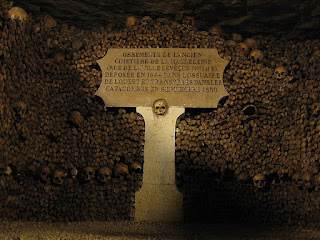