I was going through the few short video clips I've taken so far. Oh how the memories streamed back from several hours ago. Mainly the memories of being scrunched into an airline seat in the middle rows of an international 9 hour flight, next to a guy who was so unconscious he was leaning against me while napping in a diagonal chair position and flopping his coat sleeve over me as he used it for a blanket. I sat there for a while, grumbling to myself. Then I started thinking "Would Ryan (Robin's son) or Josh (my son) put up with this doodoo?" Nooooooo way. So the next time he squirmed around and his coat sleeve landed across my chest I slapped it back so hard he sat up and said "Oh, sorry. Haha." I didn't have any more trouble after that. Except a couple of times when he was hogging the arm rest and bumped my arm, in which case I would SNATCH my arm away violently. I didn't make any new friends, but I didn't have to play human pillow either.

So, my travel tip today is: don't hesitate, if necessary, to make the person next to you think you're crazy, or maybe just an uptight unstable border-line psycho who can't stand being touched.

The guy on the other side of me wasn't a problem. He stayed in his own space. But I did almost have to grab him by the lapels and shake him to wake him up when I needed to get up and grab my bag from the overhead storage bin. One other time he woke up from a dream so suddenly that he banged into me, arms flailing. Maybe he was just using my travelers' tip. 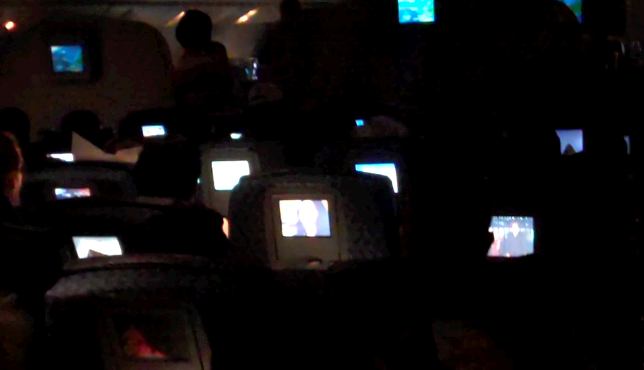 I shot this scene at about 4:00 am of multiple movies playing on the backs of airliner seats. Unfortunately my own seatback movie screen didn't work. However, being a savvy traveler, I attached the external power supply to my nearly dead iPhone, plugged in the Bose Noise Canceling headphones, and watched a movie I had downloaded the night before (The Hangover). Darn good movie. If you're a guy. I'll pass along Robin's review after we hold the Michael Bevis Hall Flat 25 Room 10 Film Festival (seating for two, maximum. Come early to ensure you get a seat. Oops. Too late, sold out). 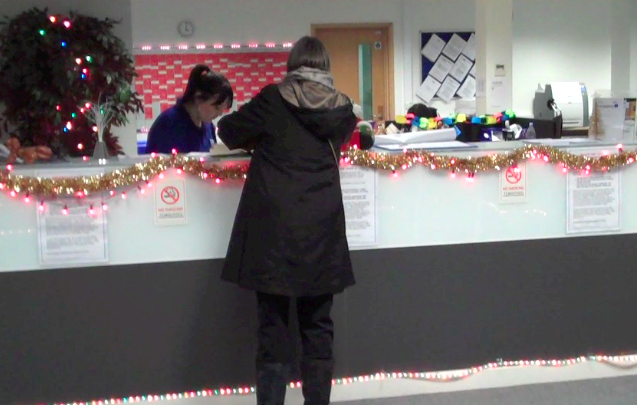 Robin arranges an extra mattress and pillows at Concourse Hall, location for mailboxes and various campus services. And next door to Michael Bevis Hall.
Posted by Unknown at 4:19 PM 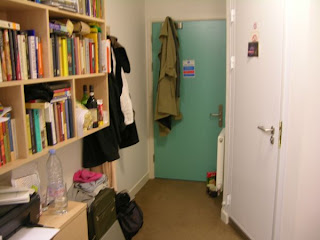 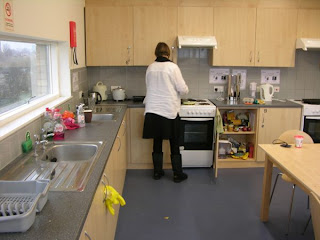 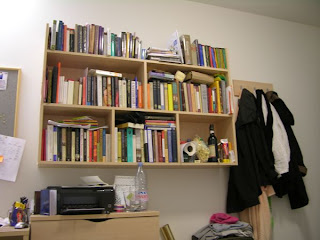 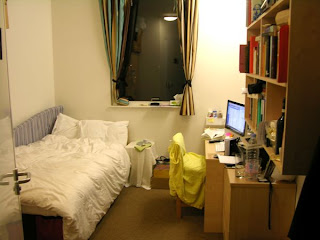 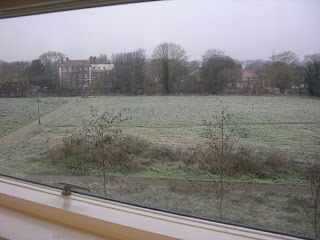