Here are a few more photos shot by John Gough. 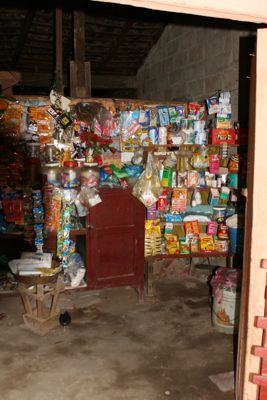 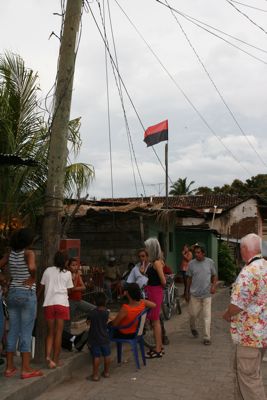 A Sandinista flag. A plaque outside said something about the Sandinistas. 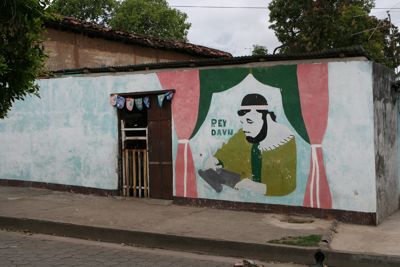 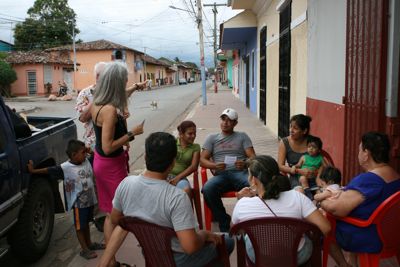 Marcia gives directions to the dance event.
Posted by Unknown at 9:55 PM

Our dance event nearly got rained out this afternoon. It stopped raining about 5 minutes after the start time. We put the Latin pop music on the portable speakers and walked through the barrio one more time to let people know it was still on. By the time we circled around through the neighborhood, a small crowd had gathered at the corner where we planned to meet.

I'll be posting some photos and a link to a video clip soon. The world premiere be probably be this coming Friday, on a sheet stretch on a barrio wall.

If you've never walked through a Nicaraguan barrio, inviting people to a dance, you don't know what you're missing. Lots of nice, friendly people, and the cutest, most enthusiastic kids you've ever seen. 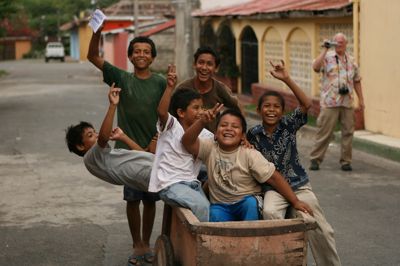 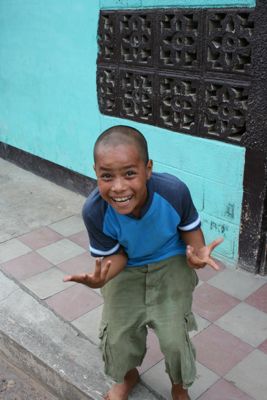 Some pretty enthusiastic adults too. 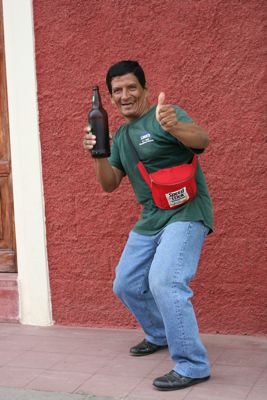 The dance started slowly. Kids (and adults) were shy about getting out there and getting it on. I really really missed Robin at this event. She would have put on a show and gotten those kids (and adults) out there on the cobblestone in no time flat. The guys, of course, would have gotten into a big fight over who was going to dance with her next. It would have been great video, but maybe also an international incident. Don't laugh -- she had the security guys in the Cairo airport clapping and singing while she danced. One of my biggest regrets is that I didn't have my video camera handy for that shot.

Some very young and incredibly cute girls started things off. Great video. I can't wait to edit it. Then some older girls and adults joined in. Then a lanky teenage boy jumped in and he was incredible. We'll work on editing for the next couple of days, then I'll upload the movie and post a link here. 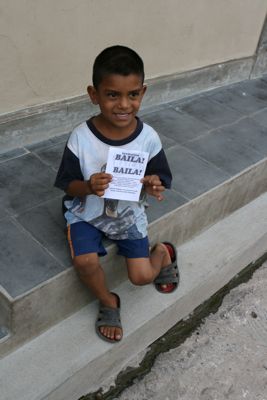 This is the invitation we handed out in the barrio. This kid followed us all around the barrio, afraid he'd miss something. 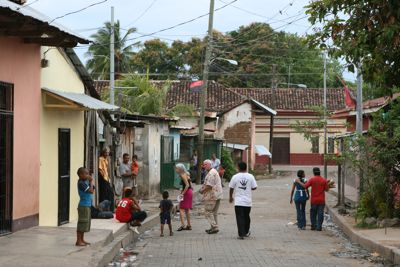 Spreading the news in the barrio.
Posted by Unknown at 9:42 PM

Another beautiful day in Granada. Bright sun. Hasn't rained yet, although John G says he went outside around 2 am to listen to the band next door and it sprinkled a little bit. 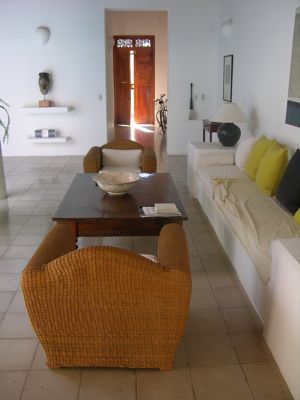 I walked from the house to downtown this morning, grabbing photos and video along the way. The Park is about 10 blocks from the house, every step a Nicaraguan post card view. Across from the park is the Euro Cafe, a popular Wi-Fi spot for laptop carrying types. I brought my laptop on the walk to town just so I could say I've emailed from the Euro Cafe and you haven't. Or maybe you have. But did you walk through the barrios to get there? I don't think so. Or maybe you did if you know Marcia or Nina, Santa Fe people who have homes here. The short walk to the cafe drenched me with sweat. I keep telling myself, "It's like a cool summer day in Phoenix, Arizona." 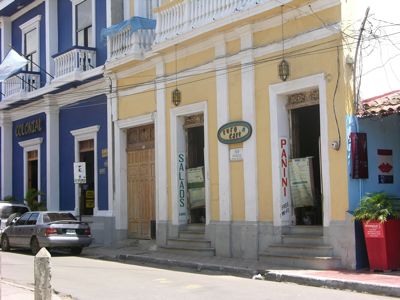 Exterior of the Euro Cafe, at the corner of the park.


After a Wi-Fi rendezvous with the world, I strolled across the park to the Cathedral and shot photos. I love the colorful buildings here. 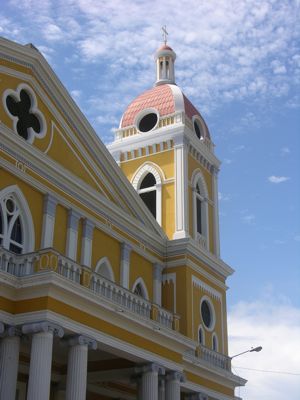 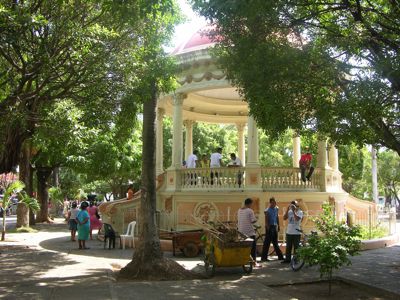 Gazebo in the Park