But first, we're off to Greenwich to visit the largest maritime museum in the wooorrrrrld! 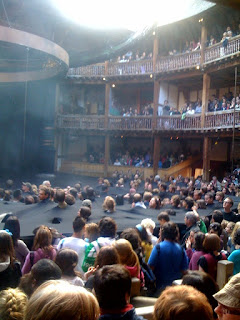 The groundlings don't usually have to do this. The black fabric was there throughout the three hour play. Actors and musicians occasionally popped up from underneath.

The giant wheel structure was there just for this production also. Chains hanging from it held big caldrons of fire (good for witch scenes) that rotated around the stage, or sometimes a black, semi-transparent curtain. Pretty fancy stuff for the usually minimalist Shakespearean stage. 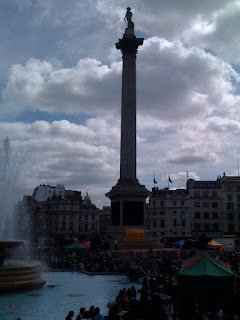