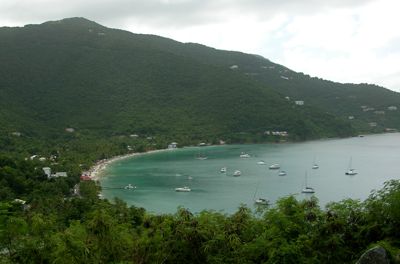 After touring the mountainous roads of Tortola, we head down to the other side of the island to visit a beach, the popular Cane Garden Bay. 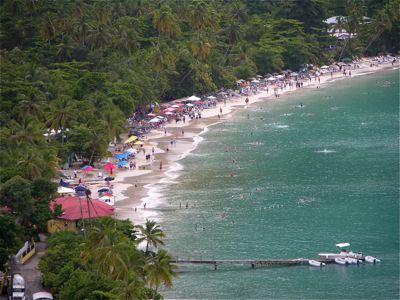 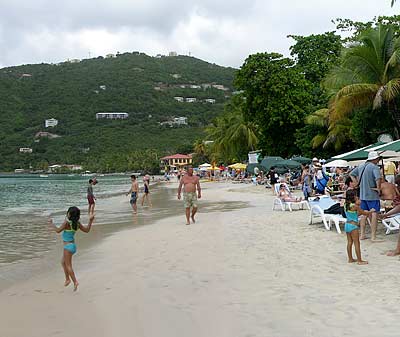 An even closer look at Cane Garden Bay. The two young girls in the turquoise bathing suit are actually the same girl. I used Photoshop to merge two photos together. The young girl ran towards the beach between shots.
Posted by Unknown at 7:20 PM 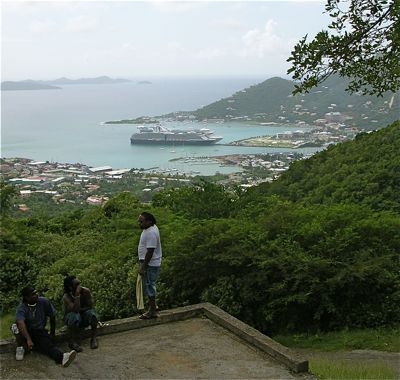 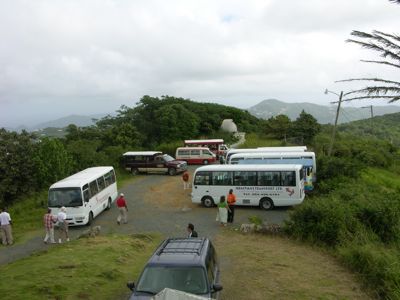 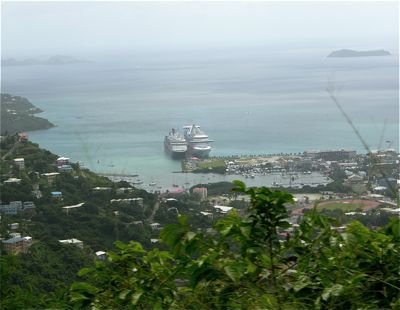