iTubePeople Research Paper #2: people who sat near me on the Tube.
For scientific reasons, I'll try to categorize the various species. 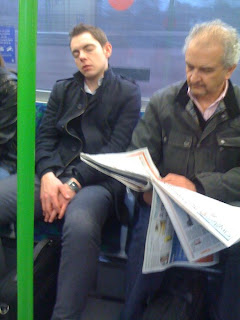 A Sleeper and a Reader. 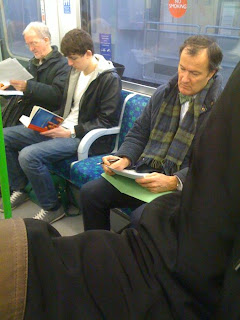 Three Readers. Although they could also be Studiers. More research needed on these three. 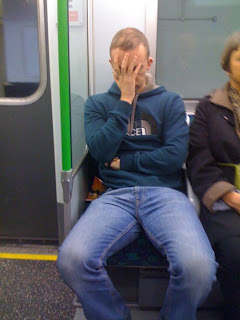 Could be a Worrier or a Psycho. Glad I'm not sitting next to him. 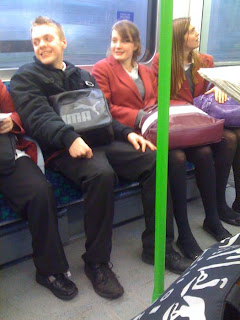 Three Teenagers. Often seen in packs of three or more, as shown here. Their camouflage (called school uniforms) serves as a warning to other iTubePeople. Fortunately, this pack was harmless.
Posted by Unknown at 12:40 PM 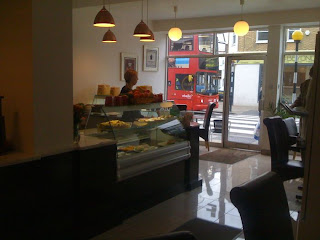 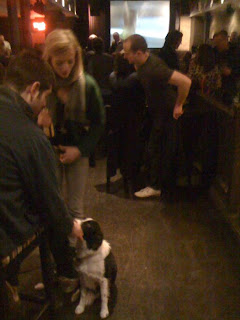 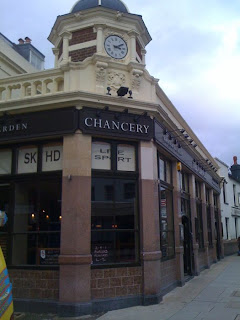 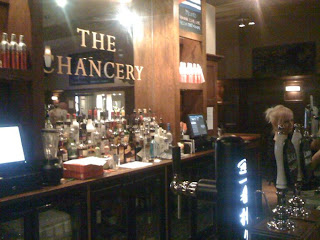 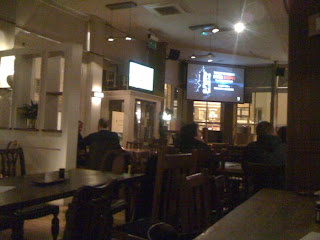 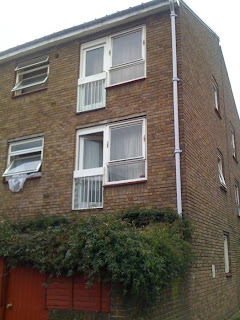 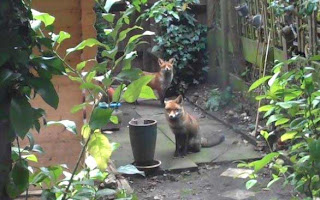 These two showed up outside our window minutes after a cat wandered through the small backyard area. They stayed a few minutes and then left.
Is it just me, or do they look like they're planning something mischievous?
Posted by Unknown at 8:05 AM