Monsters on the Plaza

As part of the mounting evidence that some people don't have enough to do, the Third Annual Monster Battle took place on the Plaza in Santa Fe today.

When your city slogan is "The City Different" it's going to encourage the local monsters to come out in broad daylight.

I hoped a flash mob dance of Thriller would break out, but I guess that's one of the differences between monsters and zombies — monsters have never been known to be great dancers.

Click the image below to see a web gallery of the Plaza event. 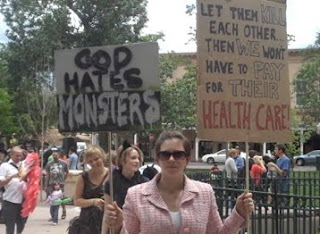