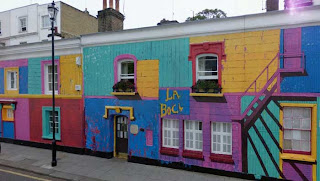 Robin's first class was great, nice students, interesting presentation, no problems getting to the Brunel campus on time, good weather, and a celebratory pint of cider after class in The Hub, the student pub in the middle of the campus. 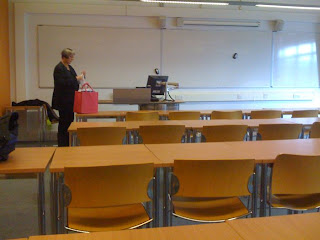 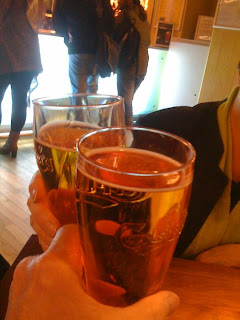 Pints of cider in The Hub.
Posted by Unknown at 4:03 PM

A visual study of people sitting near me on the Tube.
Important work.
Someone's gotta do it.
More to come. 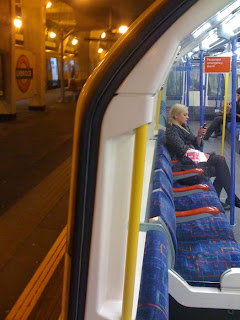 Waiting to depart the Uxbridge Station on the Piccadilly Line. 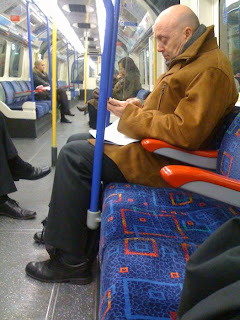 Interesting looking guy. I'd guess he's a secret agent, but he's not wearing all black. 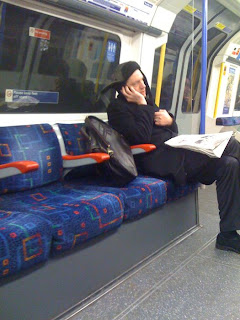 This guy is wearing all black, but I'm pretty sure secret agents don't wear hats with ear flaps. He raised the iFlap on his hat so he can use his iPhone. An actual quote from him: "Ok Sweetie, let me speak to your Mum. Hi Dear, why are you teaching her to be mean to me? She's criticizing my diction."
Posted by Unknown at 3:46 PM