The Trip Back to Hammersmith 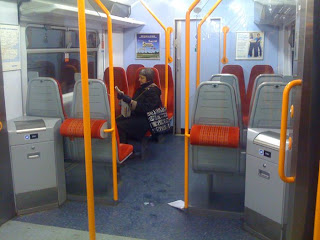 The trip back to Hammersmith featured the two basic kinds of London train travel: Uncrowded, as shown above as we left Hampton Court, and Crowded, as shown below as we near Hammersmith. Apologies for the blurry photo, but I couldn't move so I just tapped the camera button and hoped something was there. 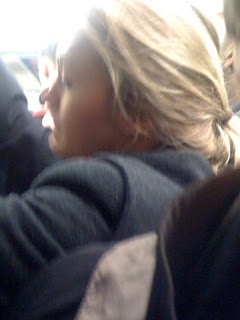 A Pint of Cider at The Prince of Wales Pub 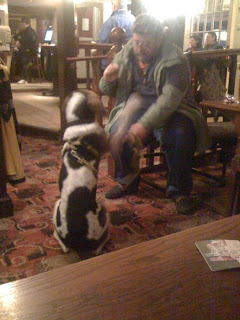 When we left the Hampton Court Palace we found the Prince of Wales Pub a couple of blocks from the train station and relaxed with a pint of cider before taking the train back to Hammersmith. We met Harvey, the Foxhound-Greyhound mix. He's a regular here. Very nice dog. He and Robin hit it off right away. Should have gotten his pmail address. He's actually the third dog we saw come in during our short visit. I think I'd like this place. 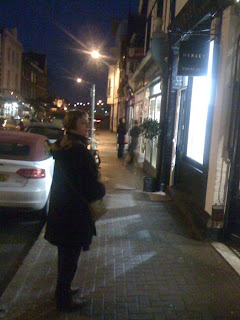 A street in Hampton Court.
Posted by Unknown at 4:16 PM 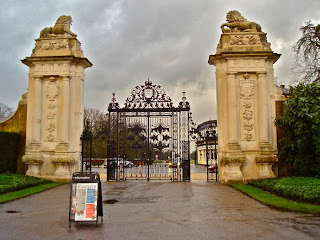 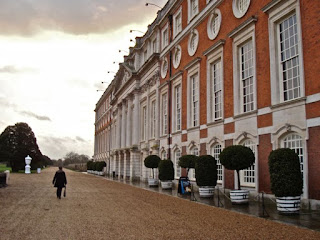 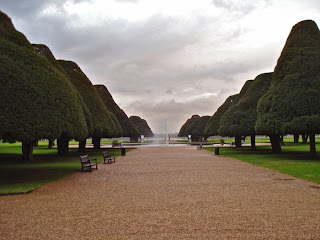 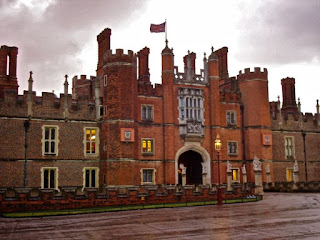 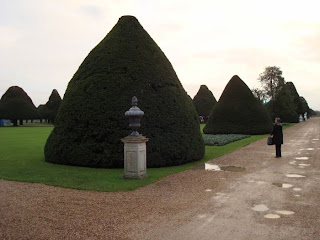