We were in the Uxbridge Pavillions mall today, shopping for various household items. We couldn't find one item, a down comforter, a duvet some call it. Every store had only synthetic microfiber duvets. Robin sat on a mall bench to snack on an apple we'd just bought. I was standing nearby, snacking on my apple turnover (hey, it's apple!) and noticed Robin was talking to an elderly lady. I figured she was asking the lady where we could find a down comforter (yes, she was) and I couldn't wait to remind her that local Brits never have a clue anytime we ask them where something is. Not even if it's a historic battlefield a few blocks away. Or how about the time it was the historic Inner Temple (where effigies of the Knights Templar are laying on the temple floor) that was half a block away from the men she asked. Admittedly, there's so much ancient history around here, people seem to block it out, like so much noise. For instance, at the Malt Shovel Robin asked a waitress how old the Tudor style building was, and the girl looked at us like the thought had never ever entered her mind. "Oh my, I wouldn't have any idea." She had a "Why would anyone want to know a silly thing like that?" look on her face.

To my astonishment, the elderly lady suggests "Deben's" in the other mall, The Chimes, just a block away. Of course, you have to know that when she says "Deben's," you're actually looking for a store pronounced "Deben's" but whose name is spelled "Debenham's." Brilliantly, we found the store and the down comforter.

Thanks to the elderly lady, from now on I'm going to cut the Brits some slack on the instructions thing.

As we left the store I grabbed this shot of a Debenham's employee in the display window. I consider myself open minded, but come on, get a room. 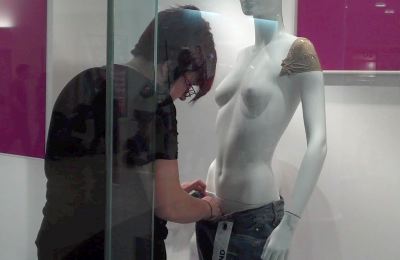 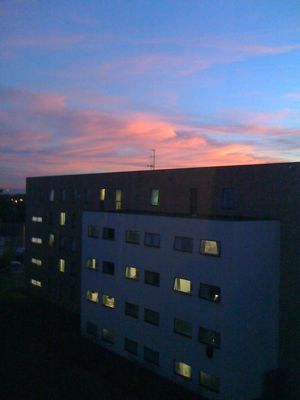 Monday's sunset from the window of my UK office. Another residence hall - I mean office building - is seen next door. There's usually an airplane in this scene, taking off from Heathrow airport, 15 minutes away.
Posted by Unknown at 12:47 PM

Our friend Laura pointed out in a comment that as a Mississippi Delta native, there's a difference between what I call a barge and a real barge, as in on the Mississippi River. She's right. I should have used the term Narrow Boat, although the Narrow Boats are sometimes called barges, I assume because they have barge qualities: they have flat bottoms and float in very shallow water.

In the future, I'll refer to the English boats as Narrow Boats. It sounds cooler, it's more accurate, and Laura is a Mississippi Delta expert if ever there was one. And probably a barge expert. She's been around the barge a few times, if you know what I mean. This is not her first barge rodeo, if you catch my drift. 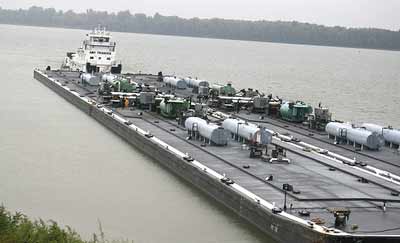 A barge, as in "you're not gonna see one of these in an English canal, parked near a pub." 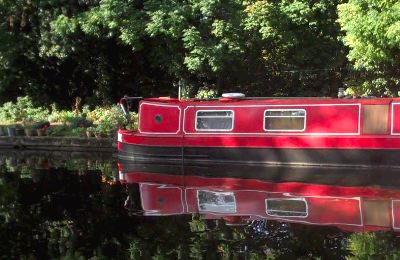 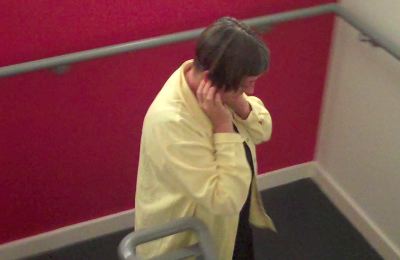 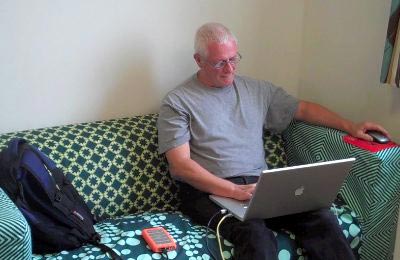 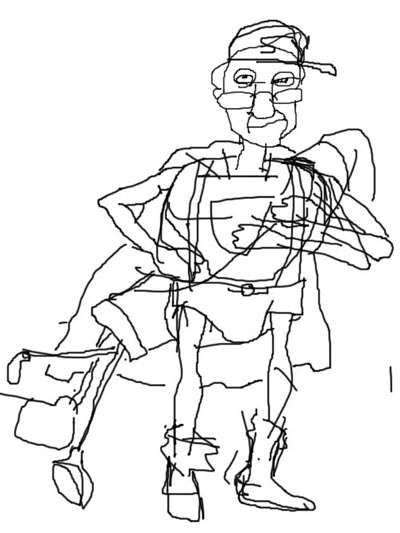 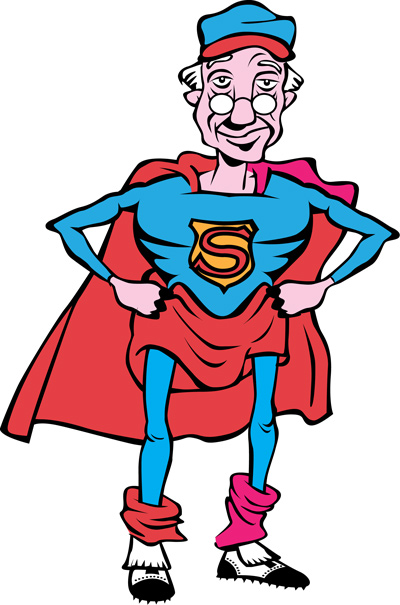