We went to the Brunel campus early today for Robin to give a Mary Sidney presentation to a class in the Shakespearean Authorship MA program. She made some minor changes to the presentation since I last saw it, and it was great, as usual.

If you haven't seen one of her Mary Sidney presentations, she's been asked to present at the Esther Bone Library in Rio Rancho, New Mexico, on Thursday evening, May 3rd. 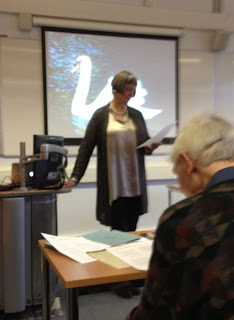 In addition to an entertaining and informative slide presentation, there were handouts and audience participation. Robin gave us a sheet with five different sonnets on it and asked us to identify the two that are actually in the Shakespeare canon. The one that most people thought was by Shakespeare was actually written by Mary Sidney. Maybe that doesn't prove anything, but I'm willing to bet big money that Mary Sidney would destroy the man from Stratford in a rap battle. 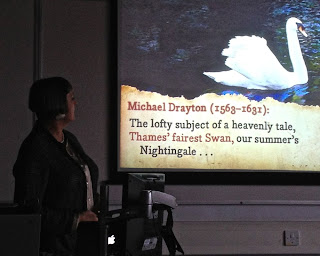 After the presentation, a short meeting with Bill Leahy, Head of the School of the Arts at Brunel, then a stop at the Metropolitan (again) for dinner and cider. 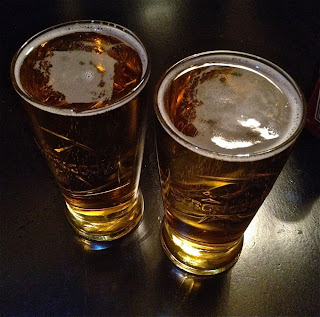 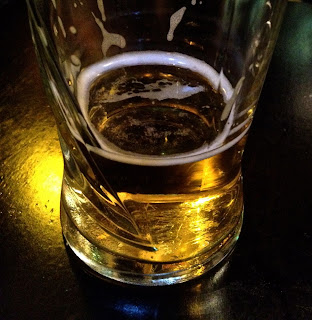 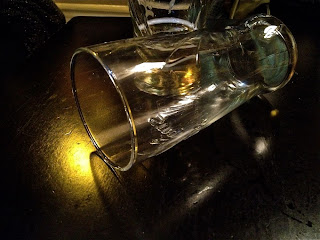 Just kidding. The horizontal glass is for dramatic effect only (love the pub lighting). If I didn't know better I'd swear there's no alcohol in cider. That's how un-inebriated a pint makes you feel.

Or maybe they sell fake stuff to foreigners so they can save the real cider for themselves.

Maybe next time I should say "A pint o cider, mate" instead of "I guess I'm fixin' to need some cider over here, if y'all don't mind."
Posted by Unknown at 3:32 PM