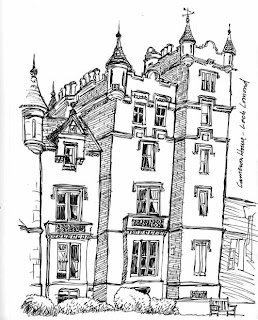 Our lodging on Lake Lomond is at the Cameron House, an estate dating from 16th century, although a castle keep with secret tunnels to the loch and in the opposite direction have been here since the 1200s. The main building has been expanded to include much more lodging, swimming pools, spa, restaurants, etc. The grounds include a marina, a boat house bar and restaurant, separate lodges for families or groups to rent, and two golf courses.
Both yesterday and today we've been exploring the property, having some drinks in the nice bars with nice views, and checking out the restaurants. Today we took the shuttle to the main golf course, Carrick (named for the guy who designed the course), walked around, took some photos, and had a pot of tea with scones, jam, and clotted cream in The Claret Jug (the club house restaurant). On our walk we noticed a strange tree sculpture on the edge of a forest. It looked like someone had cut down a tree with three trunks, turned it upside down, planted it in the ground, and carved a mystical spiral symbol on it. We walked under the branches that seemed like an entrance, realized there was a path thru the forest that led to other nature sculptures and brass plaques along the "fairy trail" that had poems on them.
Maybe all golf courses have fairy trails. I'll ask Ces, my personal golf consultant.
Posted by Unknown at 11:50 AM 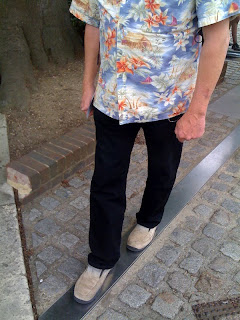 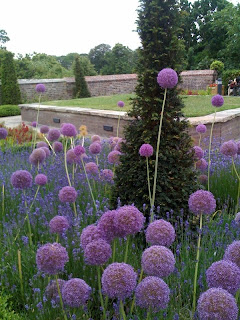 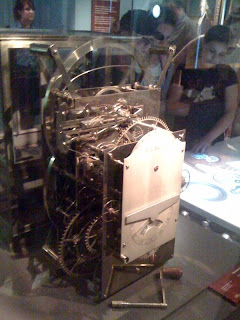 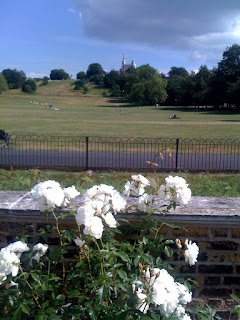