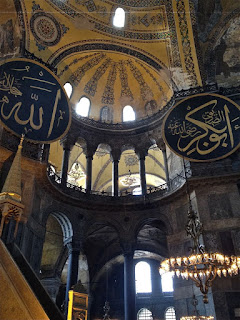 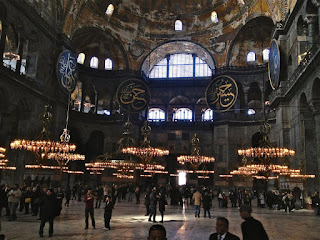 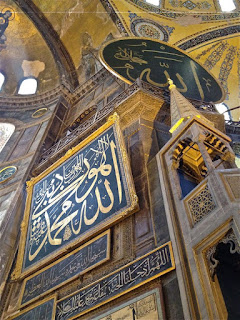 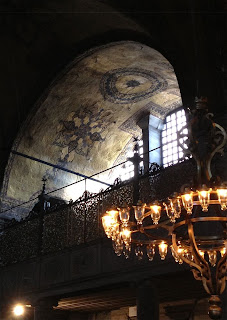 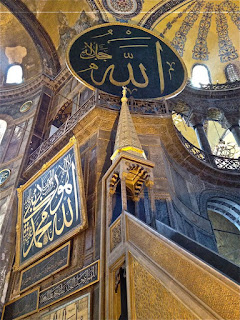 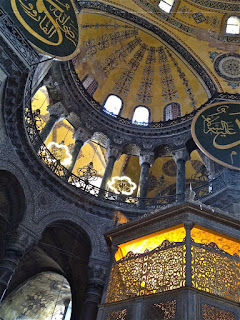 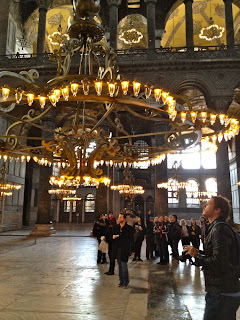 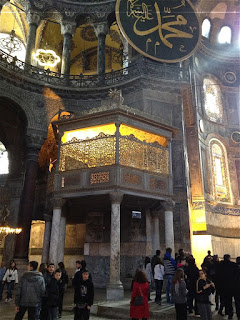 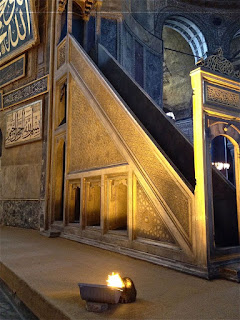 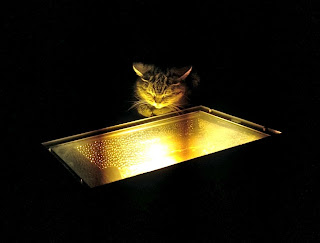 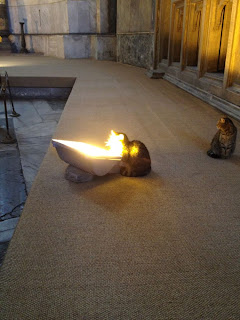 Backtracking to Sunday in Istanbul

We got back to Uxbridge in West London today around noon. We flew in to London's Heathrow airport on Turkish Airlines. I had already arranged for round-trip tickets on British Airways, but last night when Robin tried to check in to our flight online, she realized that some genius had booked the return flight for March 28 instead of February 28. British Air wanted such an exorbitant fee to change the flight that Jay, who was visiting in our room (and who works for a travel agency), found us reasonably priced one-way tickets on Turkish Airlines. That's the last time I let me make airline reservations for Robin and John.

Back to backtracking. On Sunday Jay and his parents planned to meet us at our hotel at noon, then walk to a seafood restaurant nearby. So we left early Sunday morning and walked to a couple of the most famous mosques that were very close to our hotel: The Blue Mosque and Sofia Hagia which is now open as a museum. 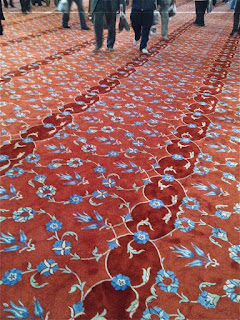 The Blue Mosque is the one that's visible (and audible) from our hotel room. It's magnificent from the outside, with it's six minarets. Four of the minarets have three stages (balconies) each, and two of the minarets have two stages each, totaling 16 stages. The mosque is built in honor of the 16th sultan, Ahmed.

Of course we expected the mosque to have an overwhelming blue color scheme. But no. There's some blue in the carpet, and some blue in the tiles on the walls, but not enough to justify the name Blue Mosque. One story says that the Spanish name for the mosque sounded like azul, so it became known as the Blue (azul) Mosque. The real name is Sultanahmet Camil (the Sultan Ahmed Mosque), but you can also call it the brand spankin' new mosque because it was built yesterday by Istanbul standards: 1609-1616. 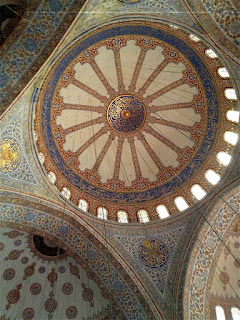 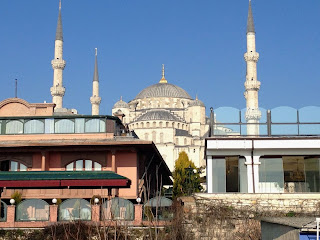 The Blue Mosque from our hotel room. 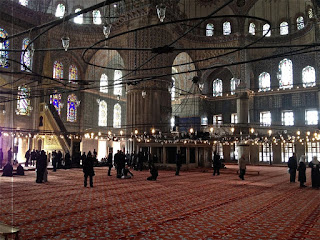 Foreign infidels (even local infidels) have to stay behind a roped-off area that's off to the side. I can understand that. Otherwise some clueless New Mexican with an iPhone would be tripping over praying Muslims just to get a cool photo. 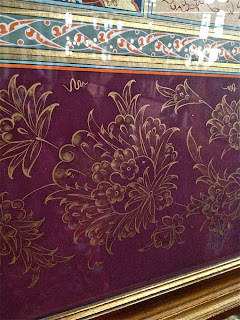 Incredible decorative brush work on an incredible calligraphy document. We didn't spend a lot of time here because it's just too darn new. Might as well visit the Apple Store.