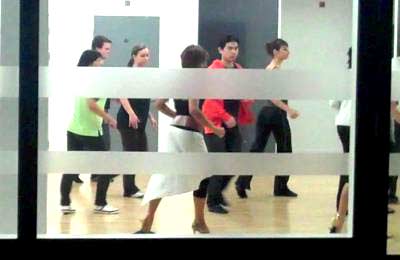 As Robin and I walked to our residence hall from her night class, we passed a dance class in progress. 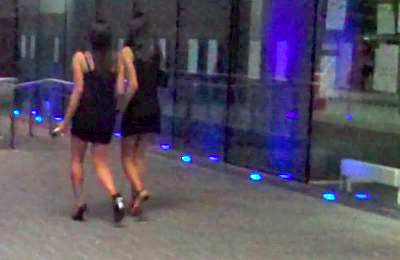 As I waited for Robin to get out of class, I started seeing double. I'm OK now. 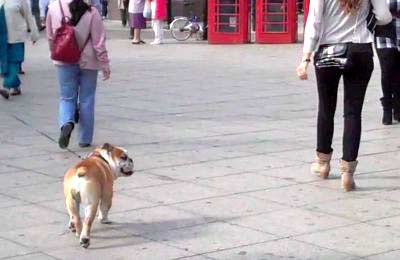 An iconic UK symbol strolls through the Uxbridge town center. The iconic symbol on the left, not the right. 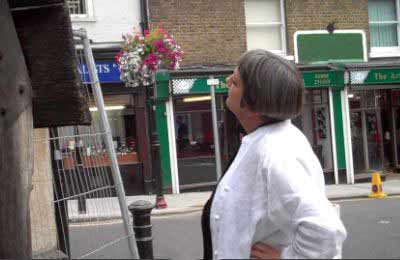 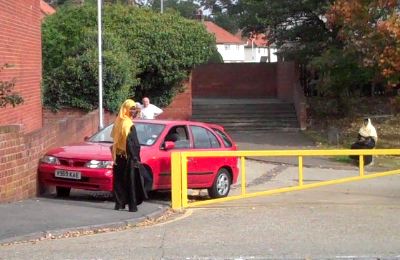 If you're gonna try this, at least come at it straight on, not at an angle. Oops. they've spotted me videotaping them. 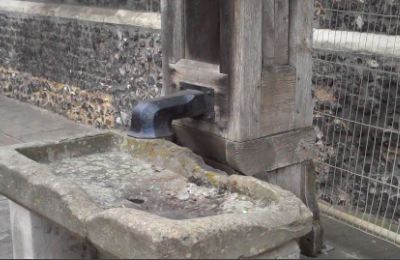 The Uxbridge Town Pump. In 1800 it was installed to replace the old wood timber pipes that brought water to town. The pump is located on Windsor Street (the Uxbridge main drag for many centuries), next to St. Margaret's Church.
Posted by Unknown at 12:59 PM

We walked to downtown Uxbridge today to (all together now) buy some items and look around a bit. Robin's new classmate, Amy, said her favorite pub in Uxbridge is The Metropolitan, so we decided to try it. It's one of the first places you pass on the way into town, just half a block past the spot where three men were burned at the stake in 1555 (I'm going to have a hard time forgetting that). 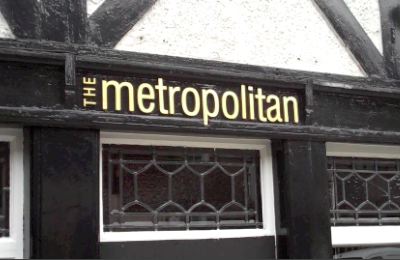 Nice typography is always a good sign (hmmm, is that a pun?).

This was a great tip from Amy. Amy, by the way, has never met an American before. Robin asked her "Do you like Americans?" Amy thought for a second, then said "I don't know, I never met one, but I like you." Fair enough. I said, "Don't worry, there's plenty of 'em I don't like." Lucky kid, we get to set the bar for what she thinks is American. Bwahahahaha.

Back to the pub: Friendly place, good food, lots of good sounding stuff on the menu. I had a Texas BBQ Chicken Burger. Really tasty. We both had Cider. Robin had a pint of Magners Irish cider (pronounced "Mahgners"), I had a Strongbow cider. The Magners is a little sweeter, so it's served to sweeter people I guess. 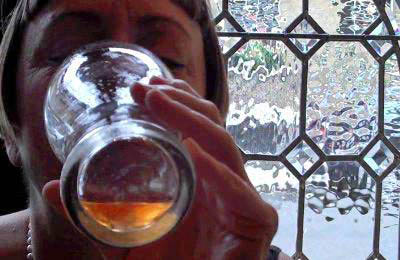 Enjoying that last sip of Magners. I might turn this image into a canvas, titled "Glass, Pearls, & Cider." 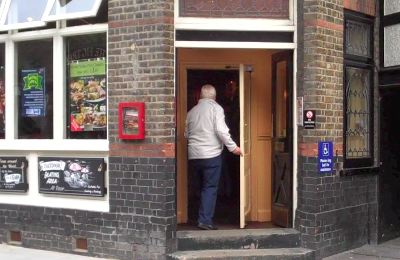 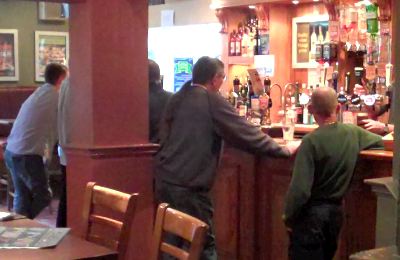 Patrons enjoy an afternoon in the Metropolitan. Maybe the evening too.

Movie Premiere - Uxbridge and Beyond 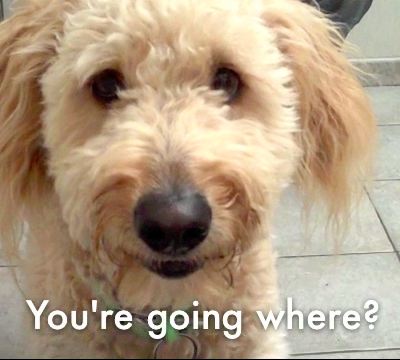 I've hastily thrown together a 3-minute movie of the past 10 days. You'll recognize a lot of the scenes from the blog. I've found that it's fast and convenient to shot most of the time with the Flip video camera, then make screen shots of single video frames to use for photos. That way, I'm actually shooting 30 photos per second and usually can find plenty of useable shots of a scene.

Uxbridge and Beyond: the movie
Posted by Unknown at 10:37 AM