This afternon Robin finished her book and uploaded it to the editor and production guru who makes sure all the files are properly made and ready for printing.

To celebrate, we took an afternoon stroll along the canal that I discovered this morning. The Tea Room had closed by the time we got there, so we went next door and had dinner at the Malt Shovel again.

Tomorrow we plan to walk into Uxbridge and do some shopping. Later in the week we may have to go into London to the Apple Store again. "Pleeeease don't throw me in dat briar patch!"

When we got back to Shoreditch Hall from dinner, we continued to celebrate and watched the movie "Sunshine Cleaning" on my laptop that I downloaded through iTunes a couple of nights ago. 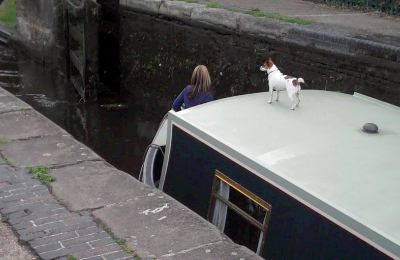 A barge dog keeps a close watch on the canal and foot path traffic. 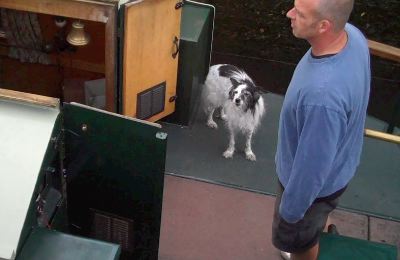 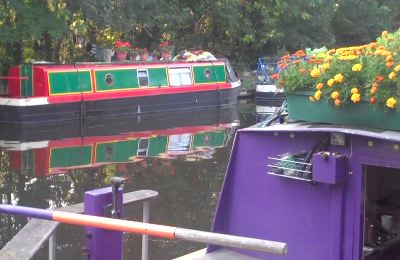 There are some dumpy, ugly barges that look like the're from a Mel Gibson Canal Warrior movie, but lots of them are great looking. 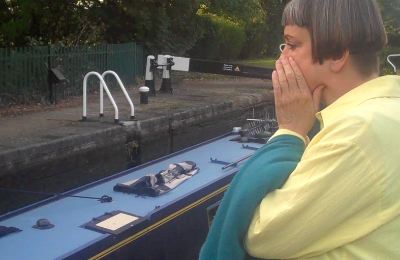 Robin: "Hey mister, why is it the women who always have to open and close the locks?" 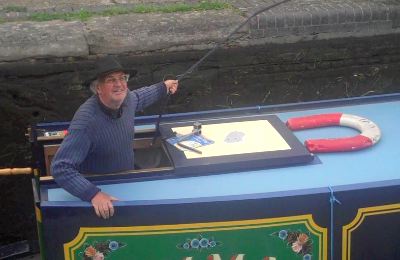 Man: "In my case, it's because she's afraid of the engine." Fair enough. 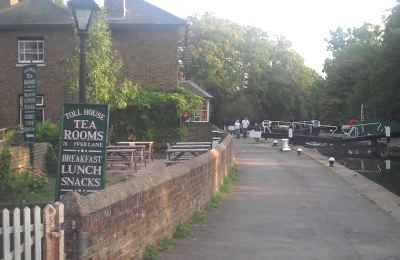 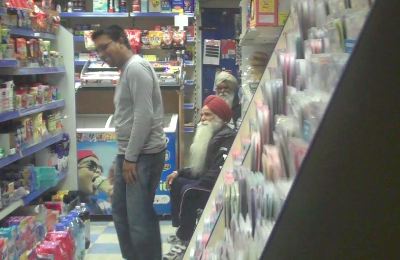 On the way back to Shoreditch Hall, we stopped by our friendly neighborhood convenience store, run by Ahmed (pronounced ahk-med). He's not in this photo. That's his grandfather with the red turban, and his grandfather's friend in the background. They hang out here in the evenings to keep Ahmed company, and to give him advice. This week I'm going to ask Ahmed if they mind if I take some photos and video of them. 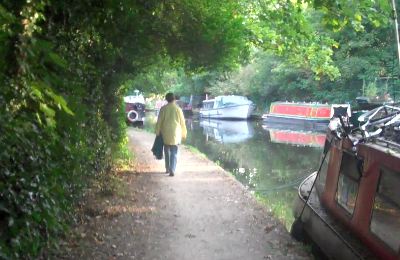 A Sunday Stroll: a shady lane and barge boats

While Robin was feverishly working to finish the final pages of her book, I walked down to the Malt Shovel pub to check out the canal that runs next to it. A day or so ago, I was looking at the neighborhood on Google Maps and noticed barge boats on the canal. So I went to check it out. 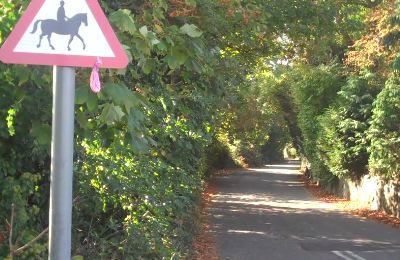 I passed a shady lane that looked surprsingly rural. It turned out to be a beautiful, narrow road to guest cottages, big estates, new luxury homes, streams with ducks, and fields with horses. 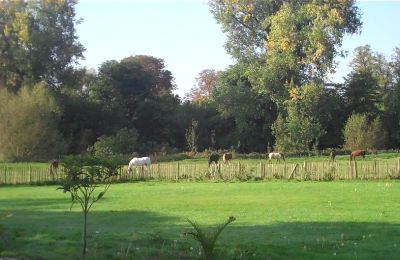 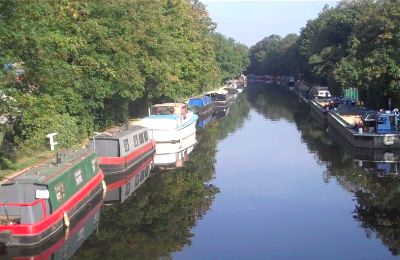 Returning from the shady lane, I doubled back towards the Malt Shovel, peered over the bridge wall and saw them - "Houston, we have barges!" 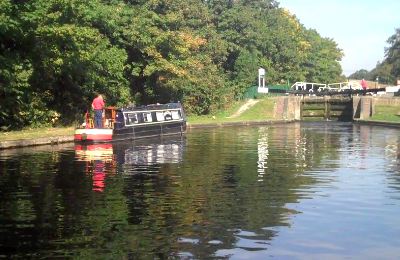 A barge approaches a canal lock. Out of view and to the right is the Malt Shovel and a Tea House. We'll check out the Tea House later for dinner. 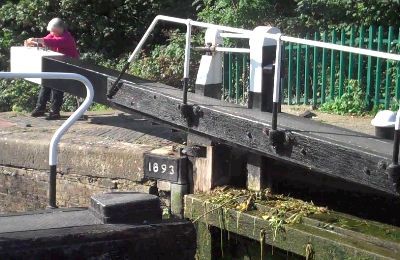 When you approach the lock, your girl friend hops out, onto the bank, uses a crank to unlock the gate, and then pulls or pushes on the gate just enough to let water pour into the lower lock. It's heavy. 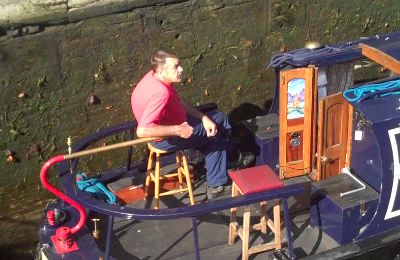 Ever wonder what the guy in the boat is doing while his sweetheart is cranking and pulling and pushing? Shoulda' known. 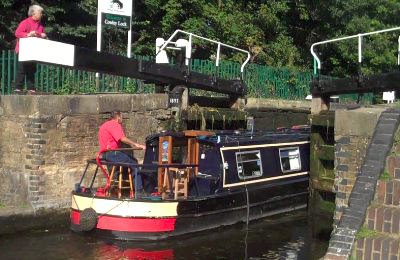 A successful negotiation of the lock. Not unlike the Panama Canal. 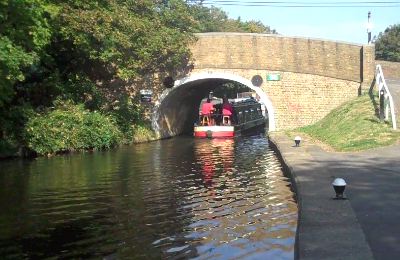 The bargers head up the canal full-speed, 4 mph. You're encouraged to keep it closer to 2 or 3 mph, but these kids are obviously wild and crazy thrill-seekers.

You can rent barges by the week, minimum of three days, I think. Available to sleep four or six people. Dogs allowed. It's on the list. Need volunteers to share boat.
Posted by Unknown at 9:32 AM