What's the Craic: An Irish phrase for "Where's the fun?" "Craic" is pronounced "crack." 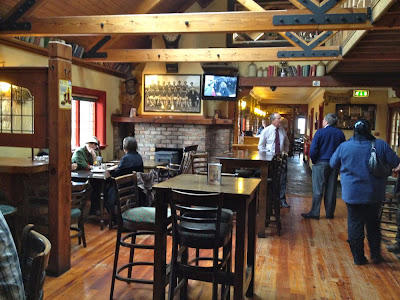 At Cork Airport we asked for directions to a nearby restaurant, which turns out to be Bull McCabe's, above. Thank heavens we payed a few extra Euros for a GPS to put in our rental car. Robin is doing all the driving. She's doing an amazing job of staying on the left side of the road. I'm in charge of typing our destination into the GPS device. So far, my skillful input has been responsible for our successful peregrinations. That plus Robin's skill for driving a left-handed stick-shift on the "wrong" side of the road. 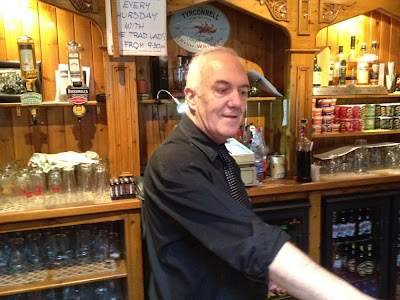 We asked the waitress if they were still serving food. It was mid-afternoon and we were a couple of hours behind schedule. Fog had been delayed our flight a couple of hours in London, Jamie's luggage was missing, his wallet was missing, and several other minor details had complicated the trip for them. So we were feeling pretty tired and needy by the time we found our way to Bull McCabe's.

We asked the waitress if they were still serving food. She went to check and yes, they could feed us. The gent above, John, came to our table. We said "Thanks for letting us order food." He said "That's our mission: to feed the hungry and the poor." 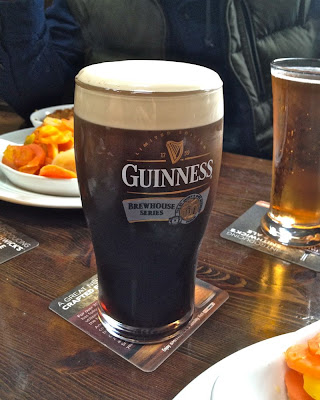 My Official First Guinness in Ireland. 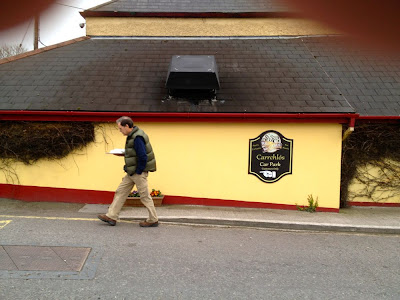 Jamie, one of the "hungry and the poor," heads for the Bull McCabe parking lot. 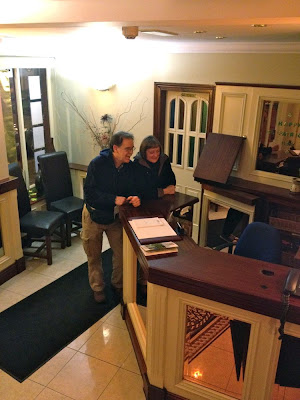 Less than two hours later, thanks to Robin and our GPS, we're checking in to our rooms at Murphys of Killarney. 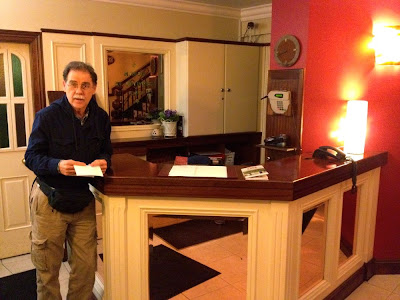 Jamie's still wondering where his wallet is. Maureen, the front desk person spent a lot of time on the phone with Heathrow Airport Lost & Found and located his wallet the next day. With money and credit cards all intact. It's being held for him to pick up when we return to London Monday evening. 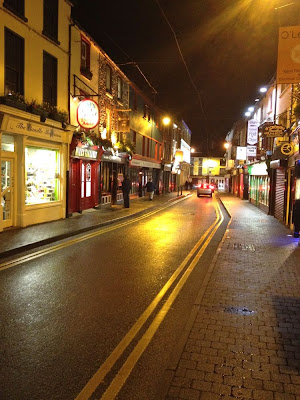 After checking in, we walked around town a bit to check out the neighborhood. Pretty quiet. That would change over the next couple of nights. 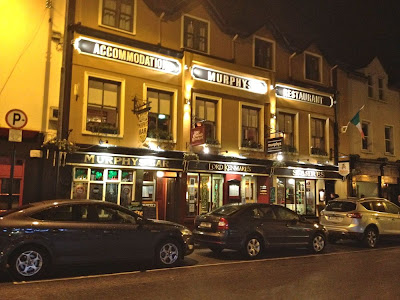 Murphy's at night. Our rooms are nice. The people are extremely nice. In the pub we can put everything on a tab with our room number. How conveeeeenient. 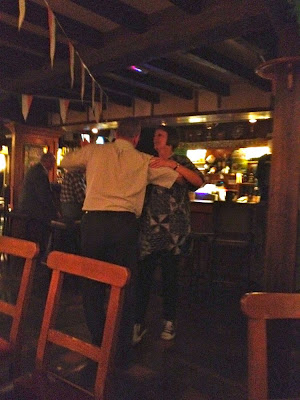 Traditional Irish music starts a 9:30 pm. On Thursday night the moderate crowd thinned out early, but we stayed until midnight with a handful of others, listening to the music and sipping Irish coffees, Guinness, and Ciders. Oh, and Robin turned started dancing with the locals. 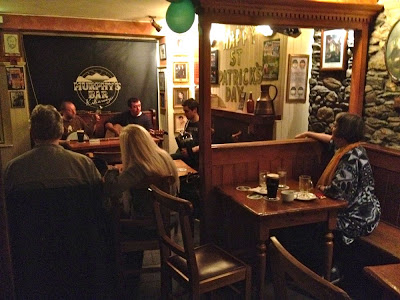 Two other Americans (from Florida) and Robin are spellbound by the music. 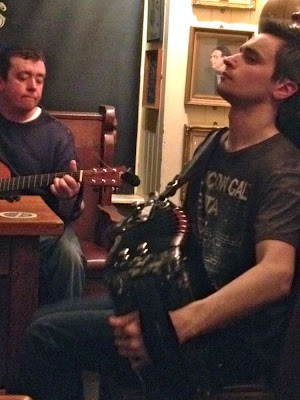 The accordion player trances out during an Irish tune. Yes, I got video. He's a great harmonica player too. This trio is due back tonight (St. Patrick's Day) in the bar. We'll check it out. 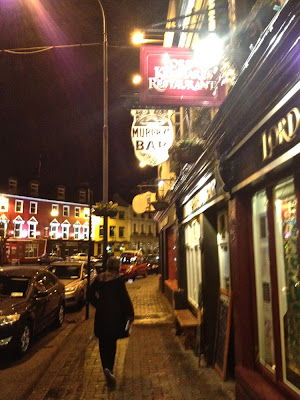 An American in Killarney.