Founded in 1629, Barbados became a self-governing democracy in 1966.

Graves are unmarked, because of the Quaker proviso that only God should know one's final resting place.

Local authorities prohibit the wearing of any type of camouflage clothing. Anyone wearing camouflage is not allowed ashore.

At 8 AM we took a shuttle to the dock area, then hopped on a bus to Atlantis Submarine headquarters in the same area. A 10-15 minute boat ride took us to the 36-seat submarine bobbing on the surface.

The water was fairly murky, but we saw tons of fish and plant life, and a sunken ship. The best shots I took are on video, but I did grab a few still shots (below). 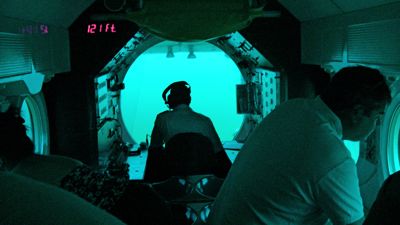 The Atlantis pilot sits in the nose of the sub. The red depth indicator says 121 feet. 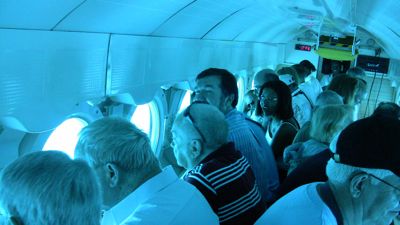 Some of the other crew members. 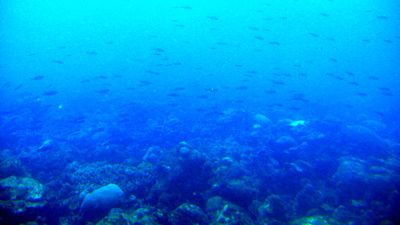 Not a very good fish photo, but I have some pretty good video clips.