While Robin was in class, I walked to downtown Uxbridge to get a few items and look around a bit. 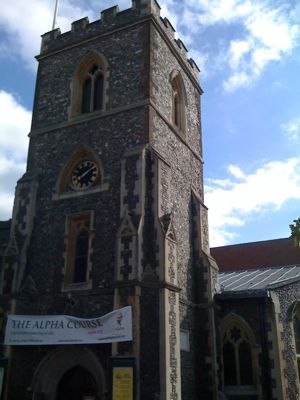 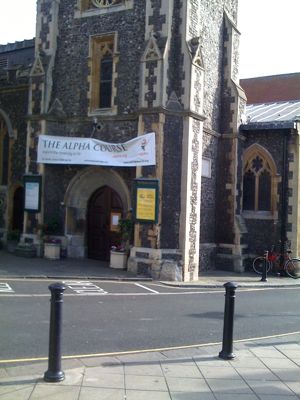 St. Margaret's Church is right on the town center. Windsor Street, which used to be called Lynch Street ("lynch" means "slope") runs downhill from the church to a small park one block away, Lynch Park. The church is the oldest building in town, with most of its architecture surviving from the 14th and 15th centuries. 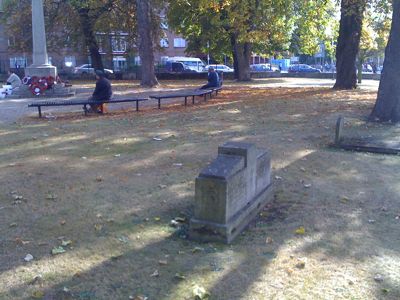 This is Lynch Park. Small, pretty, serene. It wasn't so serene back in 1555 when three men were burned at the stake here for their protestant beliefs. The weathered stone monument in the foreground marks the spot, and includes the names of the men. 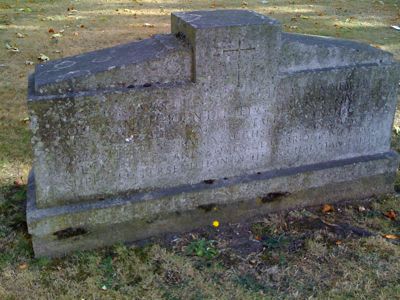 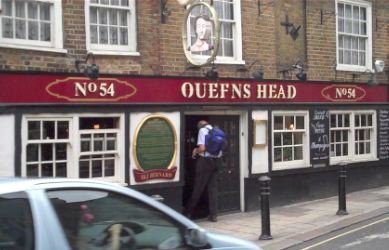 The Queen's Head, also on Windsor Street (formerly Lynch Street), dates from 1544, but is thought to be older, was originally known as The Axe. It's a former public house (pub) and coaching inn. It's said to have a tunnel from it to the church. 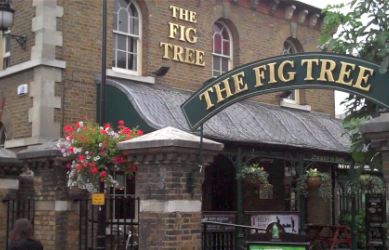 Another Windsor Steet establishment, The Fig Tree, was constructed in 1871 as a police station. It became a pub in 1988. 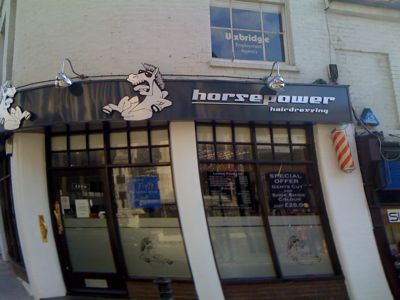 Finally, in the Windsor Street category, a local hairdressing shop. I'm not sure what this graphic has to do with hairdressing, or why, for God's sake, the horse looks like it has been run over, but I might have to go ask.