Another trip into London, Zone 1

We walked to the tube station in Uxbridge and took the tube into London. Zone 1 is the London Underground designation for the heart of London. As you move out from the city, the zone numbers get higher. Uxbridge is in Zone 6, the most distant zone. The Piccadilly and Metropolitan Underground lines end here. The farther out you get, the more you're actually above ground, rather than underground. Calling the London train system The Underground But Sometimes Above Ground just never caught on. 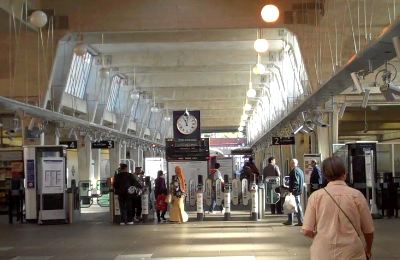 The Uxbridge Station. Access the Metropolitan or Picadilly lines here. The Metropolitan line color is a dark red, sort of a reddish maroon. This is important, because the metal poles inside a Metropolitan line train will always be this color of red, so you'll know what train you're on. The Circle Line trains (they make a big oval loop around Zone 1, have a yellow color scheme, etc. All the tube maps are color coded with these colors. A brilliant system. 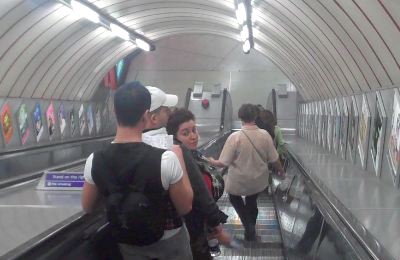 Robin weaves through the escalator traffic. 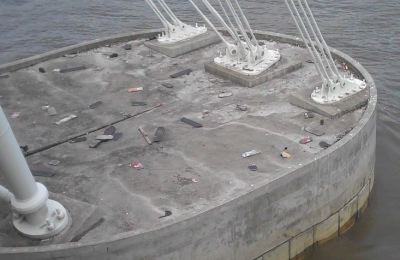 The Embankment tube stop put us right on the Thames. As we walked across the pedestrian bridge, we noticed lots of skateboards without wheels laying on the pilings. Along with some tennis shoes laced together. Art? Alien abductions? Don't even ask, just keep walking. 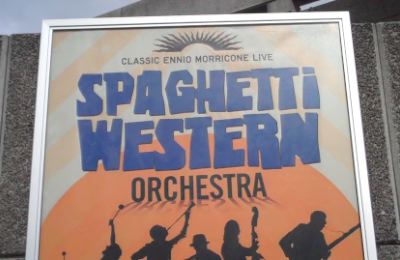 On the south bank is the Royal Festival Hall. Next week there's a concert featuring one of my favorite composers, Ennio Morricone (The Good, The Bad, The Ugly; Once Upon A Time In The West; For a Few Dollars More; Duck You Sucker!). 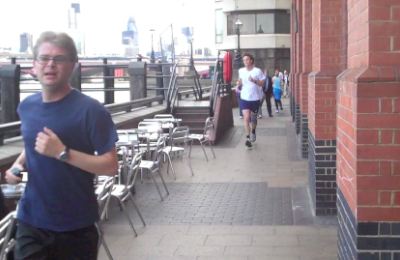 We went to the Tate Modern, and were just getting ready to buy exhibit tickets when Robin remembered the Globe (not far from here) had an afternoon performance of Loves Labors Lost. So we headed that way, along the south bank walk. I took this picture of some guy (blue shirt) being chased by another guy (white shirt). Crazy town, London. 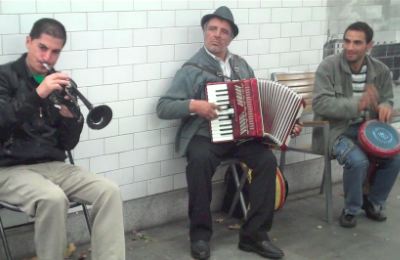 Musicans playing in one of the pedestrian tunnels. 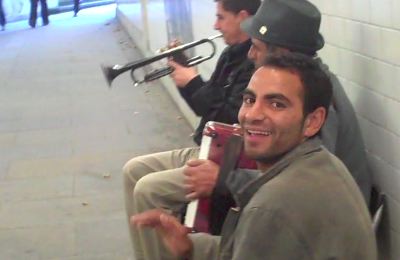