We saw Loves Labors Lost at The Globe (the only structure in London allowed to have a thatched roof). A very good production. Enjoyed it. Directed and acted to be more of a comedy than I thought it to be. Unfortunately, the last scene (which is serious and has some of the most serious lines) got the biggest laughs. The main characters are merrily frolicking around on stage (having a food fight with small bread rolls, in this production) when the Princess learns her father has died. The mood turns somber. Then, as the main characters are giving their final, serious lines, pigeons, one by one, begin swooping down from the stage roof, onto the stage (barely missing the actor's heads), and gobbling up the bread crumbs that litter the stage. The audience (lots of young people) erupted in loud laughter every time a new pigeon swooped down, paying more attention to the pigeons than the actors or dialog. It pretty much ruined the moment as planned, but it did become a memorable Globe moment - for me at least. 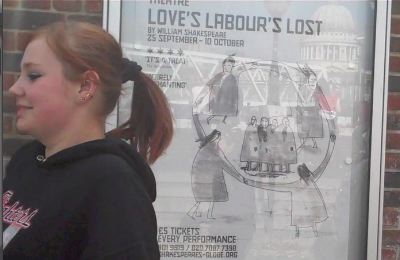 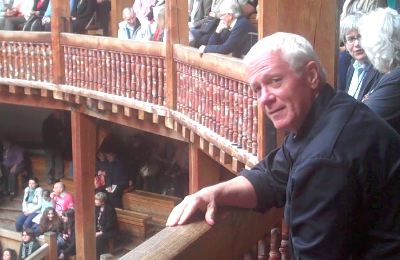 Waiting for the play to start. 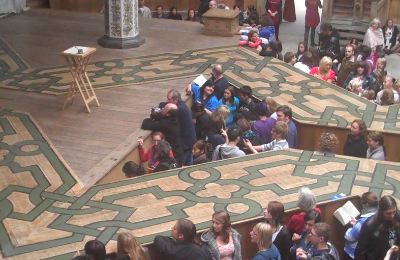 Groundlings jockey for position at the stage edge. No sitting allowed for groundlings after the play starts. 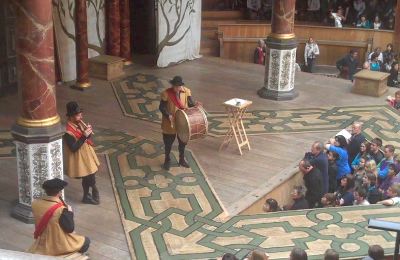 Musicians mean the play is starting. 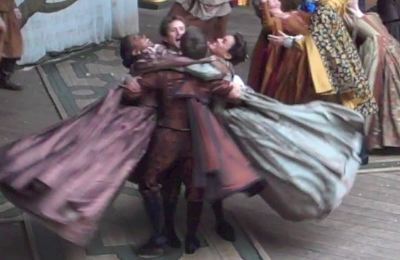 At the Globe, the play is always followed by the actors doing a dance (based on the tradition in Shakespeare's time of the actors dancing a jig after a performance). 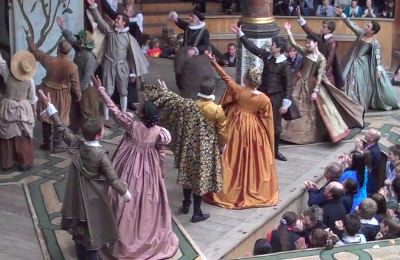 The actors take multiple bows, then acknowledge the musicians. 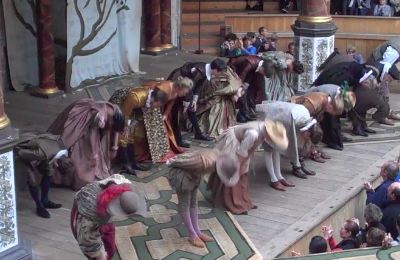 As London an afternoon as one can have.