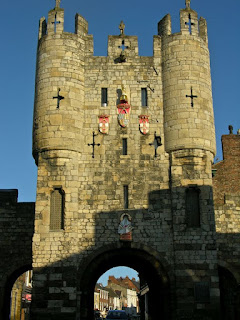 This morning we walked several blocks to the Micklegate Bar, the main old entrance to the City of York from London. This is where, in 1460, the head of Richard Duke of York was put on display on a pike and wearing a paper crown. On top of this very tower. “So York may overlook the town of York” according to the records. this view is from outside the city wall, looking in. 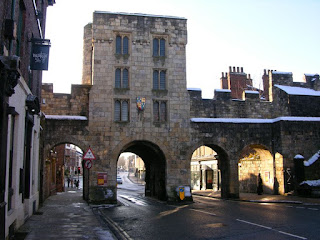 Micklegate Bar from inside the city wall, looking south. The traffic from London entered through here. 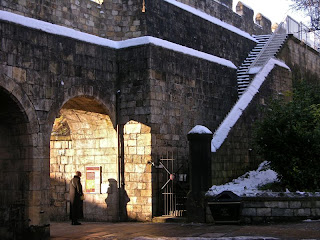 Robin reads an information sign on the wall. She’s really studying the sign from a typographic and design perspective. Always on the job. The gate to the stairs is locked, due to dangerous snow and ice. In good weather you can walk the wall almost all the way around the city.  A two-hour walk. 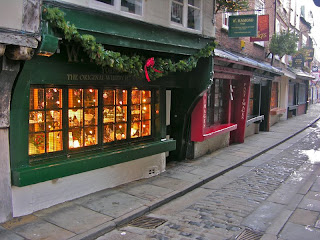 From Micklegate we walked across the river bridge to town, then to Shambles street to take photos. Today and tomorrow (Boxing Day) are two rare opportunities to photograph Shambles without lots of people. Shambles is one of the best preserved Medieval streets in the world. The word “shambles” refers to the large window sills at the bottom of windows where butchers displayed their meats. 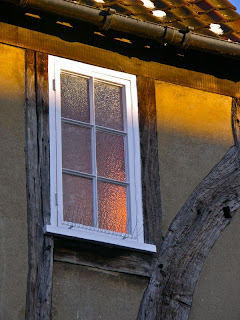