I found a few photos from Christmas Eve 2009 (yesterday) that got left out and were considered by many scholars to be lost forever. 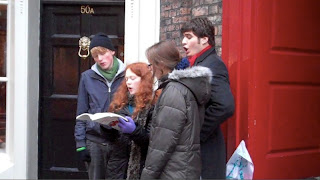 A great sounding quartet sings Christmas Carols on one of York’s cobblestone streets. 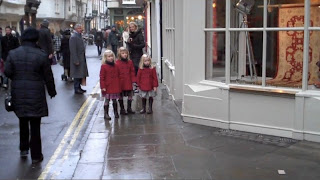 Three beautiful girls in spiffy red Christmas coats, mesmerized by the Christmas Carolers. As were many who passed by. Lots of people put money in the group’s tip bucket, including me so I could video an entire song without feeling guilty. 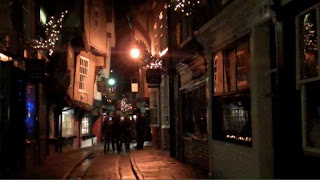 The Shambles on Christmas Eve.