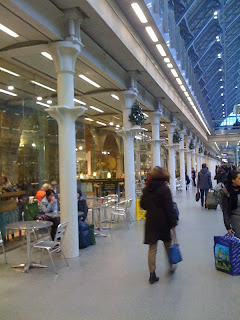 No, not an upscale shopping mall, just a London train station (St. Pancras). 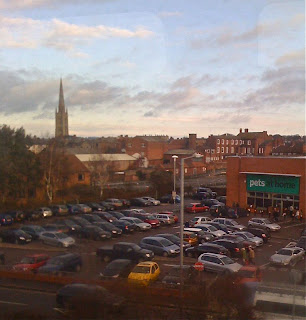 A church steeple from the train window. 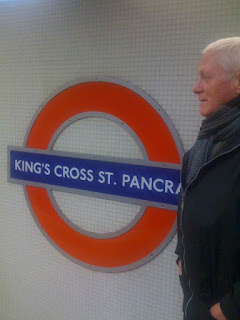 Iconic England design, being admired by a designer from the USA 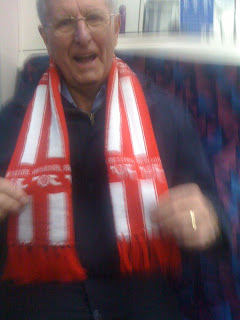 On the tube ride from London to Uxbridge, we chatted most of the way with this friendly gentleman. Robin thought his scarf was a holiday design, but he unwrapped it to show it’s a scarf for his football (soccer) team The Arsenal. He’s returning from a game at Emirates Stadium where the Arsenal played a team from Birmingham. The Arsenal won 3-0 (three nil). He’s had a season ticket and has been going to Arsenal games for 62 years. I asked if that’s when the team was started. No, they’ve been playing for about 120 years. One of the other season ticket holders that sits next to him has been going to Arsenal games for 86 years. Go Arsenal!!