Not many of my interior photos of York Minster were good, due to the subdued lighting, cold hands, and no tripod, but it’s a beautiful and spectacular place. 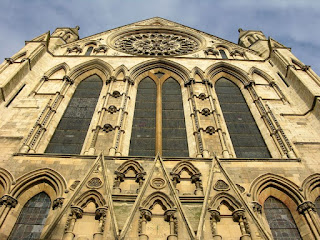 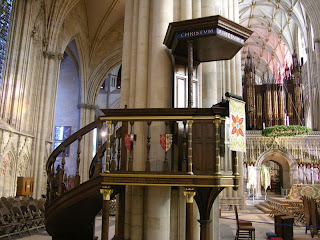 The pulpit in York Minster. 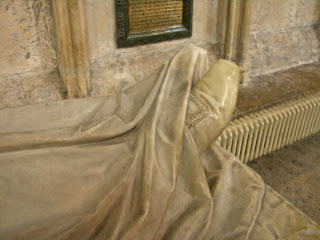 Of the many sculptures in York Minster, my favorite was one of several Arch Bishops, laying in eternal marble repose. The sheet must have slipped off the model’s shoe before the sculpture could stop chiseling. It’s hard to redo these things, I suppose. All kidding aside, I love this little touch of accidental carelessness frozen in marble. Genius. 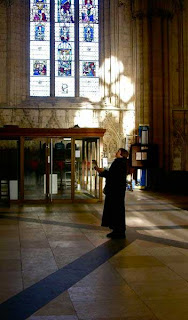 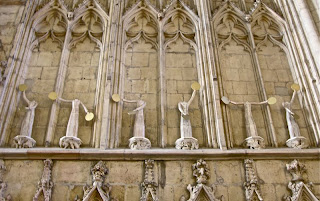 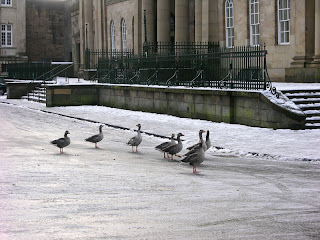 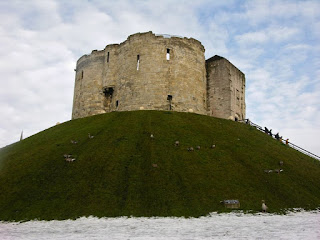 The hillside is a tasty treat for the geese. This plaque is at the base of hill of Cliffords Tower. The tower is what remains of the Royal Castle referred to on the plaque. 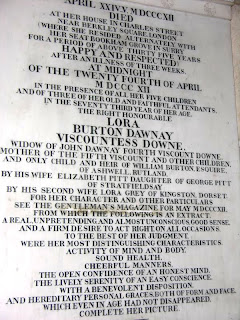 This plaque is on a wall in York Minster. If you’re ever given the job of writing something honorific for someone and don’t know what to say, just use the last 14 lines of this.

This is another plaque in York Minster.

Text set in all caps (capital letters) is more difficult to read than caps and lower case.

An Old English font (sometimes called Blackletter) set in all caps is almost impossible to read. If anyone actually takes the time to read this, let me know what it says.